Spain’s remarkable historical position in Europe is due to it being the gateway through to the Arab world. In 710 the Islamic armies began to conquer large parts of Southern Spain. They called the conquered lands "al Andalus”. This started a period of nearly 800 years of inter-cultural influence between the Christians, Jews and Muslims. This historical legacy is still visible today in the tolerance and special friendliness of the Andalusian people. 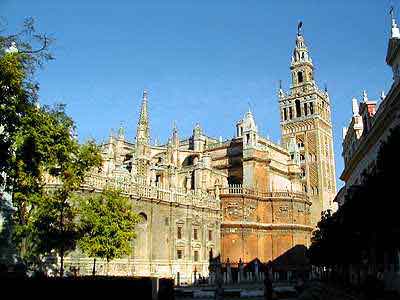 Seville, capital of the south with a population of 700.000, is one of the most exciting cities in Spain. It takes a stony heart not to be captivated by its unique atmosphere - stylish, confident, magnificent, proud yet also relaxed, intimate, joyful and fun-loving. Except along the banks of the Rio Guadalquivir, this is not a city of wide open views. The beauty of its compact centre unfolds subtly as you wend your way around its narrow streets and small plazas. Its two great monuments, the Muslim Alcázar and the Christian cathedral, reveal most of their splendour only once you are inside them.
The area immediately east of the cathedral and the Alcázar, "el barrio de Santa Cruz”, was Sevilla’s medieval "juderia” (Jewish quarter). Today it is a tangle of quaint, winding streets and lovely flower filled squares.

Apart from the historic and artistic sights and its inner city attractions, such as a lively entertainment scene, Seville is also one of the homes of bullfighting and flamenco. But above all, Seville is an atmosphere. Being out on its streets among its happy, celebratory crowds on a warm night is a not to be forgotten experience.

Seville’s lavish "Semana Santa" (Holy week) processions and its "Feria", the fair which follows a week or two later in April, are two of Spain’s most famous and exciting festivals. 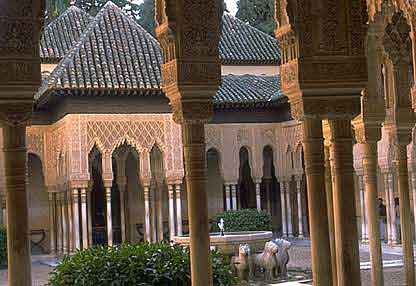 Granada, set against its backdrop of the "Sierra Nevada” mountains, is magnificent. Its greenness is a delight in the often parched Andalucia and its climate pleasant, especially in spring and autumn.
The delights of the Alhambra, which dominates the skyline from its hill-top perch, and the fascinating warren of streets that make up the "Albaicin”, the old Islamic quarter, are highlights of a visit to Spain.
Perched on top of "La Sabika", the hill overlooking Granada, the Alhambra is the stuff of fairy tales. Inside the marvellously decorated "Casa Real? (Royal Palace) and the "Generalife" (the Alhambra’s gardens), you’re in for a treat. Water has been used as an art form in both places and even around the exterior of the Alhambra the sound of running water and the greenness contributes to a sense of calm, a world away from the bustle of the city and the general dryness of much of Spain.
Granada also has some impressive post-Reconquest buildings, a vibrant, youthful population thanks to its university, a buzzing cultural life, some excellent bars and a hopping nightlife. As the city of flamenco you will find small bars where authentic flamenco is played, sung and danced. 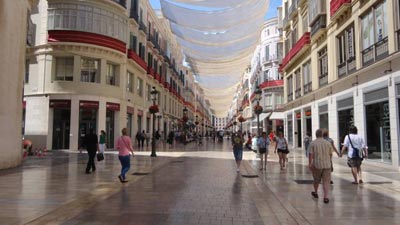 Malaga, the capital of the Costa del Sol, often ignored by tourists, is well worth visiting. In the centre of this port city one finds wide, leafy boulevards, some impressive monuments (Alcazaba, Gibralfaro, Catedral ...) and of course the typical old charming streets set off by the sparkling blue Meditarranean. There are some interesting museum in the city:
Museo Picasso (Pablo Picasso was born in Malaga), http://www.museopicassomalaga.org
the Museo de Bellas Arte (fine arts museum), and the Museo de Artes y Costumbres (museum of popular art).

As opposed to other historical, Moorish cities in Andalusia, Malaga is not over run by tourists. One can enjoy this southern city with its authentic atmosphere. A lively city with a liberal tradition, Malaga stays open late and inspires a fierce devotion among its citizens. Malaga’s "Semana Santa” processions are among Spain’s biggest and its August "feria” is celebrated exuberantly. 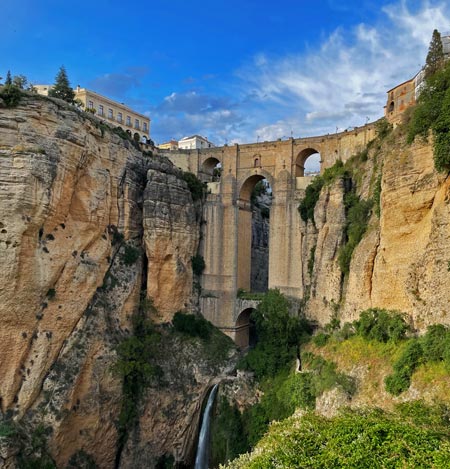 Only an hour or so journey up from the Costa del Sol is Ronda, (population 35.000), a world away from the costal hustle.
Though the old Muslim town has been heavily modified over the centuries, it retains a typical medina character with a warren of narrow streets twisting between white buildings. Set astride the awesome, 100 metre deep "El Tajo" gorge amid the beautiful "Serrania de Ronda? mountains, it deservedly attracts its quota of visitors, but many of them return to the coast in the afternoon.

The majestic "Puente Nuevo" spanning "El Tajo" from the "Plaza de España" is two centuries old. Ronda can justly claim to be the home of bullfighting. Its elegant bullring on "Calle Virgen de la Paz? is a mecca for enthusiasts. Built in 1785, it is one of the oldest in Spain, with one of the biggest arenas and has been the scene of some of the most important events in bullfighting history.

The caves of Nerja 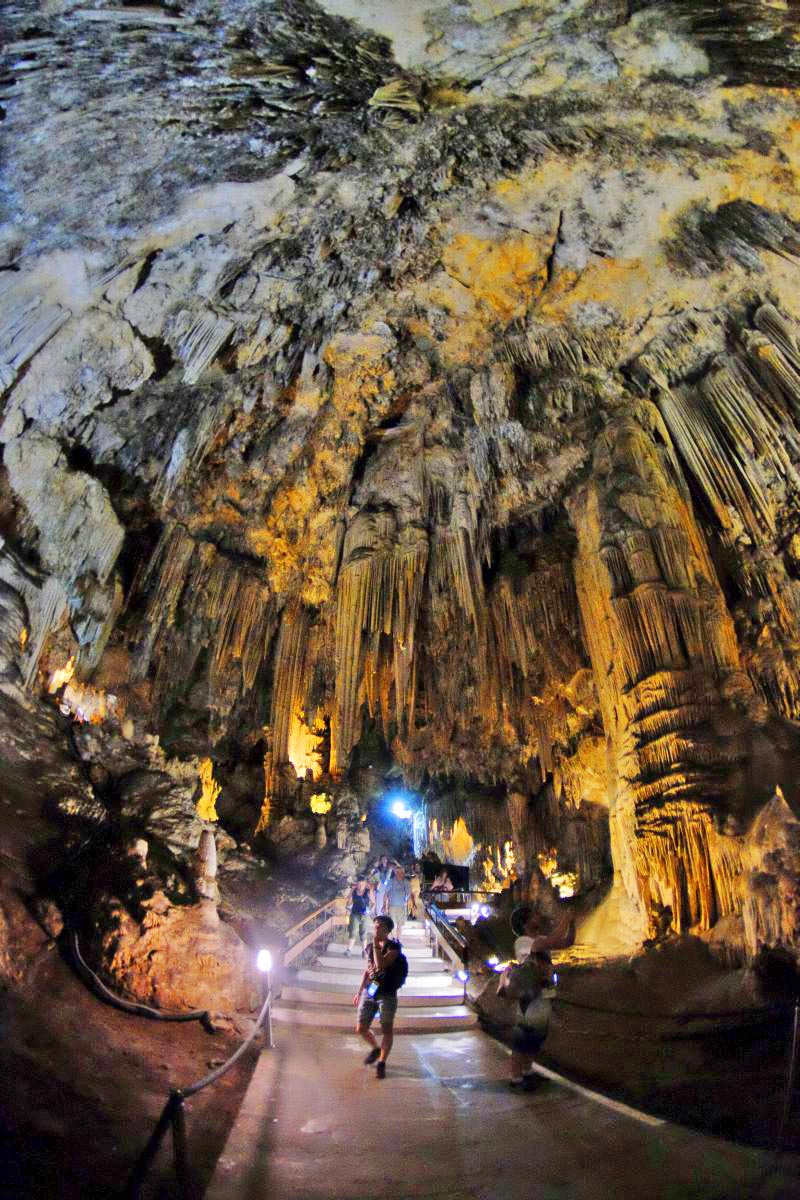 The coast town Nerja, between Malaga and Motril, is older, whiter and more charming than other towns on the Costa del Sol. From the lookout point on its "Balcón de Europa”, you have good coastal views in all directions. There are several beaches, varying from hidden bays to wide, well known ones such as "Playa Burriana”, found on the east side of the town.
The big tourist attraction is the Nerja caves, three km east from the town. This enormous set of underground caverns remains very impressive despite the crowds traipsing continually through it. Hollowed out by water around 5 million years ago, it was inhabited by Stone Age hunters around 15,000 BC. Unfortunately their rock paintings are off limits to visitors in an attempt to preserve them. But even seeing only a third of the whole cave is well worth the experience.